Becoming the CEO of Me | Pat Shea 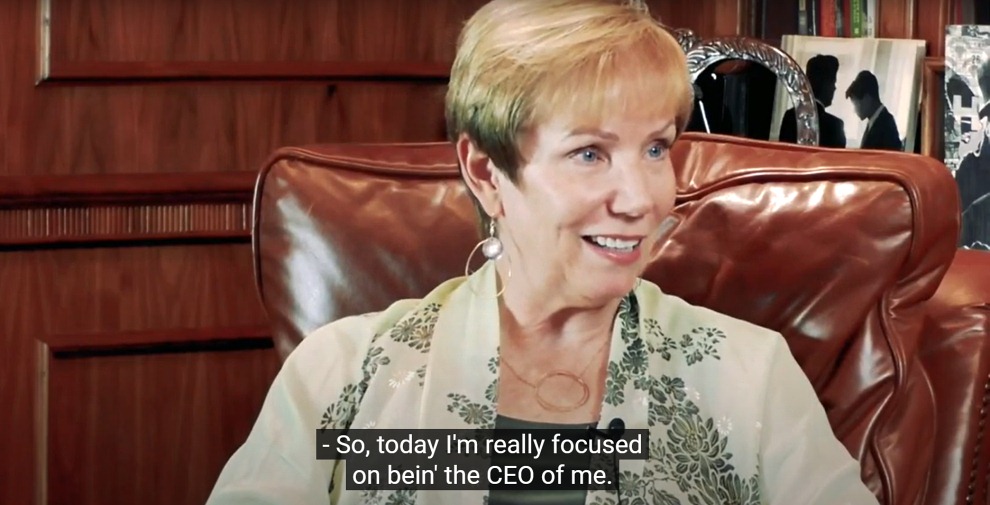 In today’s video, I speak with Pat Shea about her mission to empower people and help them find joy through maximizing their potential.

DONNA: Hi, I’m Donna Griggs. CEO of Propel Change and today we’re lucky enough to have Pat Shea with us. And Pat, you’re gonna talk to us a little bit about maybe your history empowering people and really making organizations grow like crazy and having people say, I know how to do this. But I wanna know a little bit about, you’ve done that at HCA, you’ve done that at the YWCA. Tell me about how you’ve promoted yourself now.

PAT: So, today I’m really focused on being the CEO of me. At the age of 59, I’m very interested in making sure that I spent this next decade doing exactly what I was put on the earth to do. So, maximize my own potential and really help other people unlock their human potential. And be what they want to be because I think that’s how we all ultimately find joy.

DONNA: In your previous travels, through other organizations, tell me some of the stories about how you’ve done that and the kinds of techniques that you’ve used to really help people there.

PAT: So at HCA, we worked in continuous quality improvement. And through education and training getting people to realize that they operate themselves in a system. And that system has a lot of control over the outcome of their everyday productivity, and to begin to look at things differently and to look at things as a system and make changes as a system they had greater impact. But then you carry that forward to the YWCA. And a woman would show up in my office who is in an abusive relationship, and she couldn’t figure out why she wasn’t a good mother.
Or why she didn’t think she was a good friend or a good daughter. But when you’re in a situation in a system that is holding you down.
That’s really making you hypervigilant you can’t really focus on anything else.
And time and time again I watched women get from violent relationships into healthy productive living arrangements, and they blossomed.
They became who they were supposed to be.
They became that brilliant daughter, they became that loving girlfriend.
And so I think, that’s the theme that I want to carry into the future. Both for me, but also for the women that I work with. So, what I want to do is help women achieve their own personal goals, but satisfy the needs the world has for them to deliver.

DONNA: So, in some of the conversations that we’ve had, I mean, I’ve known you for a while, and so when I think about the kind of things that you’ve really done with women. And really it’s everybody you touch, it’s not just with women. Tell me what are the things that make you go, oh, this is fabulous. I really touched that, and it happened the way I wanted it to. Or it happened the way it should’ve. Tell me, what’s inside of you that helps you get there?

PAT: I think one of the things that I have been able to do, is help people articulate their own vision. And then create the steps to obtain their vision.
I don’t build their vision, they have it. They’re just sometimes afraid of it. And they can’t see it as clearly as I can see it.
They have all kinds of blockage or boundaries, I don’t see those. And then they sometimes can’t see the steps, but I’m like, well here’s what we’ve got to do next. So, I think helping people be successful is really helping them achieve their own vision.
And I’ll give you a couple of examples. Anna Escobar was a woman that I met who was an assistant DA. And she became a board member of the YW. Then she became the chair of my advocacy committee for domestic violence. The next thing I knew, she was writing and passing legislation.

PAT: And she said to me, “Pat, I never knew I could do this, but you gave me the opportunity.” I didn’t give her the talent. I didn’t get her the passion or the drive. But, I created a path, introduced her, and she got to do what she was passionate about. So, she wrote legislation that got passed, she altered legislation. Then after I left the YW, she called me and said, “There’s an open judge position that I want and it’s for the DV judge.” And she asked me if I would introduce her to the Metro Council. And so, I did. And they did not vote her in, even though she was the most qualified person that they were looking at. And that made me mad. And so I said, “Annie, you should run for office.” And she had every reason not to run for office, but I offered to be her finance chair and she got elected by a landslide. So, she’s now on this ballot unopposed.
– So, she’s going to be a Judge in September and will probably be a judge for the rest of her life, and she’ll be sitting in the DV court using the legislation she passed.

DONNA: And you have countless stories.

DONNA: I know you do.

PAT: And they’re not that big. But yeah, I think one of the things I’m able to do is help people 􀀁nd just help people become what they wanna be.

DONNA: So, in addition to being the CEO of you now. Tell me about the women’s group that you’re working with. Can you talk a little bit about that?

PAT: Sure. About eight years ago, I got introduced to the Women’s Presidents’ Organization.
That’s an international group that focuses on helping women business owners grow their business. So they target women who have businesses of more than a million dollars.
And more than ten employees. And we, every month, get together and have a roundtable. I have 18 women CEOs. And we work on issues that are relevant to them. A lot of the times those issues have to do with scale.
Entrepreneurs are brilliant, they have visions, they can get things started, but then they really get to this point where they go, how do I grow this?
And so, we work on issues from HR to operations technology.
How do you, how do you grow a business? How do you bill your service?
But it’s a really a cool group of women. And right now, there are 18 of them, and I think their business is between a million and about 20 million.

PAT: And it’s a fun group, noncompetitive. So, there’s no one in the same industry. But, what’s fun for me is the Women’s Presidents’ Organization is international. So, I think there are 60 chapters I think there are 2000 members. And one of my favorite women that I met is the Chapter Chair in New Zealand. Or the Chapter Chair in London.
So it’s fun to have all those connections.
And also to have that kind of that network, that international network is fun.

DONNA: So, if you were going to give any CEO or anyone who has CEO ambitions, one piece of advice. Based on your experience, based on the advice that you give people every day. What would that be?

PAT: Know yourself. I think that if you know yourself, you know your passions. You know what gives you energy, what takes energy. The more authentic, I think a CEO can be in her role, the better a CEO she can be. And we’re both been around enough that we’ve had bosses. Who weren’t quite grounded.
Or who had maybe a piece of their personality that wasn’t completely developed.
And we probably bore the brunt of that lack of leadership.
But I think the more grounded, the more complete a person can be individually, the better they can lead an organization.

DONNA: We could listen to you for not three-ish minutes but many many many minutes.

DONNA: And I wanna be able to have an opportunity to come back and do another video.

PAT: I would love that. And I wanna come to work for you because you guys have so much fun.

DONNA: We do have fun. Thank you, Pat.

We love your feedback, we’ve been getting great feedback on LinkedIn and in emails. So, if you have a topic that you’d like us to discuss, or if you have questions, please send us an email. We would love to hear from you.